Our coverage of the 1967 NHL Expansion Draft continues with rounds 3-5. As the draft moves on,it’s a bit surprising that the Los Angeles Kings have not yet selected the great Red Kelly from the Toronto Maple Leafs. Kelly has been long rumoured to become the first Kings coach. However, in order for that to take place, the Kings must acquire his rights from Toronto. Leafs, of course, would like to see Kelly selected sooner rather than later so they can reclaim a player who figures into their plans. But Kings owner Jack Kent Cooke seems intent on waiting as long as possible before he picks Kelly. Kelly is present, sitting at the back of the room with other players and reporters.

14. LAK: Eddie Joyal, C, TOR. Age 27, spent last season with Rochester Americans (32-51-83, 5th in AHL). Speedy centre with a good scoring touch, is nicknamed “The Jet”. There has always been questions about his work ethic and dedication. 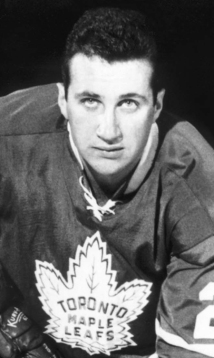 15. PHI: Brit Selby, LW, TOR. Age 22, began last season with Leafs, but early on was farmed out to Vancouver (WHL) where he suffered a broken leg and missed most of the year. Was NHL rookie-of-the-year in 1966. Swift-skating winger with good hockey sense and potentially a good scorer. Won Memorial Cup with Toronto Marlboros in 1964 and was OHA Jr A 1st All-star LW in 1964-65. 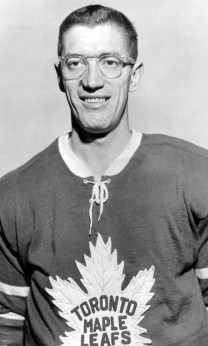 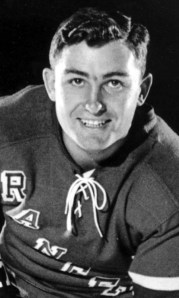 20. PHI: Flyers took a 10-minute timeout before selecting Lou Angotti, C, CHI. Age 29, spent 66-67 with Hawks (6-12-18). Industrious centre who can play wing, is adept on penalty kill. Assisted on Bobby Hull’s 51st goal, March 12, 1966. Won NCAA championship with Michigan Tech in 1962 and was member of NCAA All-American team as well. Would be interesting to know what the discussion was that caused  the Flyers to spend a timeout on this pick. CHI filled with Wayne Maki.

21. STL: Rod Seiling, D, NYR. Age 22, spent most of 66-67 with Baltimore. In 12 games with NY had 1-1-2. Excellent skater, still learning the game at the pro level. Won Memorial Cup with Toronto Marlboros in 1964, also played in the Olympics for Canada that year and was named to the Olympic all-star team. 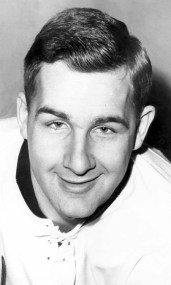 To this point in time, the draft has been moving along at an amazingly quick pace. It appears that most of the new teams have done their homework and know exactly who they want.