Teams returned from the lunch break ready to continue the draft. As the Maple Leaf contingent re-enters the room, president Stafford Smythe is glaring daggers at Kings owner Jack Kent Cooke, who casts a brief furtive glance in the direction of the Toronto table. Obviously Smythe is angered over the Kings reticence to draft Red Kelly to become their coach.

Teams now following a more leisurely pace with the drafting ahead of schedule. Wren Blair and Sam Pollock conferred for most of this tenth round and it looks like they have been dickering over another deal or  transaction again.

57. STL: Darryl Edestrand, D, TOR. Age 21. Played 7 games with Rochester, earning one assist in 66-67. Mostly an unknown quantity at the point in his career. TOR filled with Red Kelly. Jack Kent Cooke of the Kings was almost apoplectic when Leafs Punch Imlach announced he was protecting Kelly, who is supposed to become coach of Los Angeles. Kelly was visibly upset as well. Imlach’s announcement now necessitates some type of transaction between Lost Angeles and Toronto if the Kings  want him to become their coach. Huge reaction among the hockey people and the many members of the media, and so far the most controversial moment of the entire day. 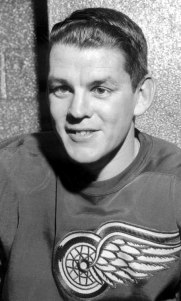 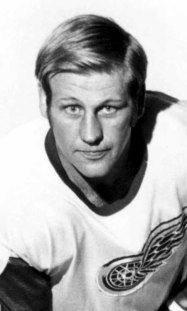 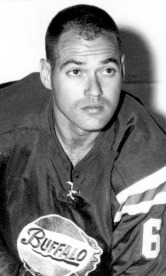 Round 11 of the skater draft began with Minnesota’s Wren Blair disengaging with the Montreal delegation and moving on to the Toronto table. It appears that Blair and Toronto’s Punch Imlach and Stafford Smythe have come to an agreement on something. Meanwhile, six more players found new homes: 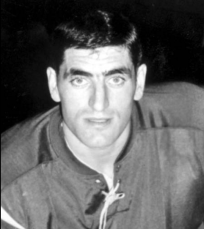 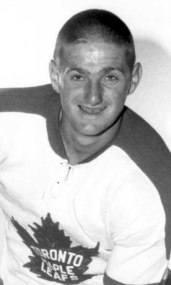 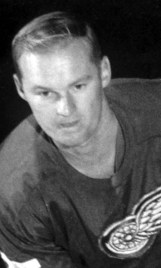 71. LAK: Mike Corrigan, RW, TOR. Age 21. Was mainly with AHL Rochester Americans in 66-67, but also spent time with CPHL Tulsa Oilers. Industrious winger who can put the puck in the net, is raw and will need development time. TOR filled with Dick Gamble. 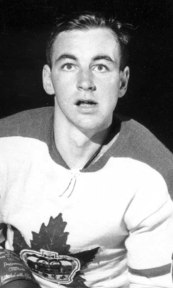 72. PHI: Gary Dornhoefer, RW, BOS. Age 24. Played with AHL Hershey in 66-67 (19-22-41). Big, strong and mean, can be an imposing figure on the ice, but may be a bit too slow for the NHL. Spent parts of three seasons with Boston before last year and was unable to stick. Somewhat surprising that Bruins left him available this long, and that no other club picked him. BOS filled with Dave Woodley. 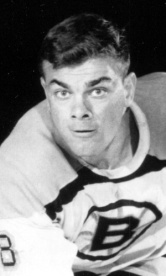 Round 13 began right after another conference between Wren Blair and Sam Pollock. When Blair left the Montreal table, Pollock quipped “The marriage is over.”

73. MIN: Bryan Watson, D, DET. Age 24. Spent most of 66-67 with Houston and led CPHL in PIM with 293 in only 50 games. Can play forward or defence, is known as a super-pest and has nearly driven Bobby Hull to distraction with his incessant aggravating tactics. DET filled with Irv Spencer. 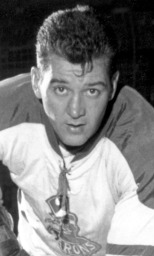 77. PHI: Forbes Kennedy, C, BOS. Age 32. Was with California Seals of WHL in 66-67 (25-41-66). Known for his toughness and penchant for fisticuffs, he set a WHL record with 10 major penalties in 60-61. Has been fined numerous times for various transgressions ranging from pushing game officials to committing mayhem with his hockey stick. BOS filled with Brian Bradley. 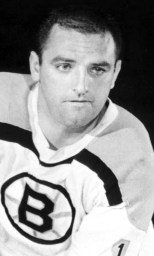