We now move into the final five rounds of this historic Expansion Draft. Players being taken at this stage are, shall we say, not quite household names, a lot of general managers are heard at their tables asking “Who’s that guy?” 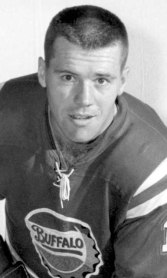 80. LAK: Lowell MacDonald, RW, TOR. Plagued throughout his brief career by knee problems, he’s a good scorer when healthy. Put up 14-17-31 in only 33 games with Tulsa in 66-67. Scored the game-winning goal for Hamilton in 1962 Memorial Cup vs Edmonton. Was also First-team OHA Jr A All-star RW in 61-62. Won Max Kaminsky Trophy as OHA Most Gentlemanly Player that season. TOR filled with Norm Armstrong.

81. PHI: Pat Hannigan, RW, CHI. Age 31. Spent past 3 seasons with AHL Buffalo, was 18-38-56 last season. Began his career with TOR, was traded to NYR in 1960 in deal that sent Eddie Shack to Leafs. Always popular with team mates wherever he goes. CHI filled with Roger Bellerive. 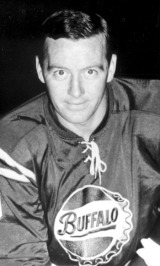 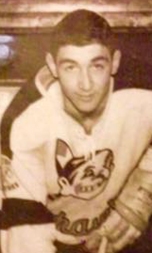 Round 15 contains more of the same types of players as the previous one. However, one selection caused a bit of a stir, thanks to the dramatics of California Seals general manager Rudy Pilous:

89. CAL: Alain Caron, CHI. Age 29.Seals GM Rudy Pilous got everyone’s attention when he slowly announced the pick starting with Caron’s nickname “Boom Boom“. As Pilous paused, everyone thought the Seals were taking a chance on New York’s Bernie Geoffrion, who said he would retire rather than play with an expansion club. There was a collective sigh when Pilous completed the pick with Caron’s name. Caron was with Portland last year, had 35-25-60. Led AHL in goals with 47 in 65-66 with Buffalo. Led CPHL in scoring in 63-64 (77-48-125). Has the nickname Boom Boom because of his big shot. CHI filled with Al LeBrun. 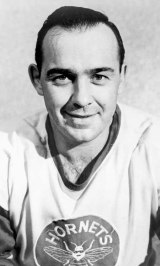 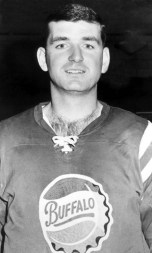 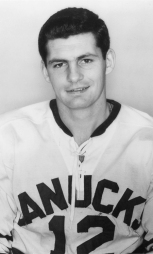 The 18th and final round of the skater draft began nearly 2 hours ahead of all estimates of how long the draft would take. Pickings are pretty slim at this point: 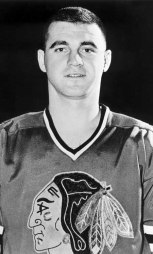 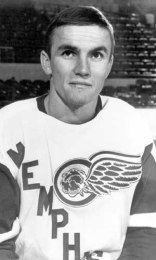 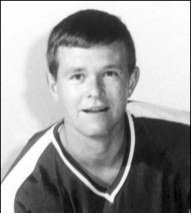 And thus ends the most active day of player movement in sports history. One hundred and twenty hockey players drafted from the established NHL teams at a cost of $100,000 each. Did the new teams get value for their money? Check back in with us in about a year on that.

Tomorrow we return with the immediate aftermath of the draft  – lots of trades and more on the Red Kelly affair. This day isn’t over by a long shot!